Song Lihong is known for his research concerning the historical connections between Judaism and China. 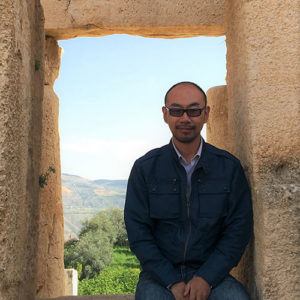 Song Lihong, a Professor at Nanjing University in the Department of Religious Studies and the Glazer institute of Jewish and Israel Studies, is known for his research concerning the historical connections between Judaism and China. This year, he is a visiting scholar at the Harvard-Yenching Institute.

When asked if he knew what he wanted to pursue prior to entering university, he responded, “Not really, but I always liked writing and was not bad at it in middle and high school.” He notes that one of his teachers once told him that he could make a living from writing – an astute prediction, though, at the time, he didn’t believe he would become a prolific writer, and references a quote by Thomas Mann: “A writer is somebody for whom writing is more difficult than it is for other people.” Prof. Song reveals that Mann’s sentiments have always resonated with him, “When writing, I am always confronted with a bewildering amount of choices, be they words, ideas, themes, sources, quotes, structures… And making the appropriate choice is not easy.”

Prof. Song found himself drawn to storytelling – particularly historical novels and fiction – and cites his favorite works, the 16th century novel Journey to the West (Xī Yóu Jì), the martial arts novels of Jin Young (Aka Louis Cha), and George Eliot’s Romola, as his inspiration to pursue an undergraduate degree in the history department of Nanjing University. “With tongue-in-cheek, history is false except for the name, and fiction is real except for the name.”

Professor Song did not immediately enter graduate school after completing his undergraduate degree. “Actually, I had worked in an import and export company for more than one year.  During this time, I realized what I really longed for was campus life.” He decided to enter the World History program at Nanjing, which, coincidentally, was led by Prof. Qian Cheng-Dan, a HYI visiting scholar in 1982. Going against the grain, Prof. Song chose to study Roman history instead of British history, which was popular at the time. He again references his love of storytelling, this time in the form of Hollywood films on the Roman Empire, as being a major influence on his research interests. “Intellectually speaking, for me, the parallels between the Roman Empire and China are self-evident.” He says, “My concern with those parallels brought my attention to the works of Fergus Millar, an Oxford scholar and a towering figure in Roman studies.”

While reading Millar’s works, Prof. Song came across an unfamiliar name: Josephus. “Who was Josephus? It turned out he is a Jewish renegade, a traitor to his people.” Prof. Song explains that he found Josephus to be a compelling figure because he subverts a common Chinese fantasy about Jewish people: “Why have Jewish people survived so many persecutions while those persecutors themselves disappeared in history? The secret lies in the fact that you cannot find a single Jewish traitor throughout whole Jewish history.”

Prof. Song’s interest in Josephus was just the spark; at the same time, a professor at his university launched a workshop on Jewish Civilizations in China, which he joined, and made connections that last to this day. “That was my first time to get to know Jews personally, and their horizon-opening lectures consolidated my decision to do Jewish studies, almost a terra incognita, in China.” 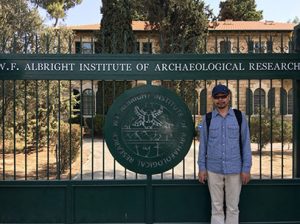 Professor Song’s research continued after grad school: “After I got my PhD in Nanjing, I went to Tel Aviv University, doing post-doc research on the Jewish diaspora in the Roman Empire, with a focus on the Jewish stone inscriptions in Greek, as they provide a fascinating window into the interaction between Judaism and Hellenism.” He is still working on this topic in the present-day. Prof. Song also won a fellowship at the Albright Institute of Archaeological Research in Jerusalem, which, he notes, is the Jerusalem branch of the American Schools of Oriental Research. He focused his studies there on synagogue mosaics in ancient Palestine. “In retrospect, my stays in Israel were transformative in an unexpected way. I was exposed to the living culture of the Jewish people. Rather than studying them in the library or from books, I was able to chat with real Jews, to go to a Passover seder, to dine in a sukkot, and to touch fabric of the society.” 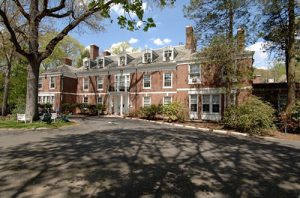 After his initial research stays in Tel Aviv and Jerusalem, he spent two years in America, and learned about Judaism through an American Jewish lens. He adds that, through a number of first-person experiences, which included studying at a progressive rabbinical seminary, speaking at a synagogue, and striking up a friendship with a Jewish chaplain, he realized, “Jews in America are diametrically different from their cousins in Israel.” After spending so much time learning about Jews and Judaism in Israel and the US, his research interests underwent a dramatic shift: “In a nutshell, my academic interest increasingly gravitated from Judaism in stone to Judaism in street.”

Four years ago, Professor Song’s friend, Professor Kathryn Hellerstein (Professor of Yiddish studies at UPenn), approached him with an idea for a collaborative project on transnational encounters between European and American Jews, and modern China. Looking to forge his own path within the world of Jewish studies and to connect his research to China, Prof. Song agreed to the project. “In the past four years, Kathryn and I sponsored one international conference and two international workshops for the project in China.” The cross-disciplinary conversations that came as a result of these meetings served as the foundation of a conference proceeding, which, he hopes, will come out sometime this year. 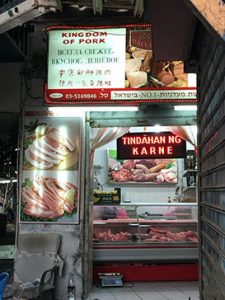 Professor Song notes that the field of Jewish refugees to China during the WWII has been expanding – a number of major historical works and memoirs have come out over recent years – but there is still much work to be done. “It’s far from highly developed in my eyes. Our project aims to provide an opportunity to investigate cultural ramifications of texts and translations—both from the languages and cultures of Ashkenazic Jewry into Chinese, and from Chinese into those Jewish languages and cultures. My own contribution to the project gets clearer and clearer in the course of the project, that is, not just Jews IN China, but Jews AND China.”

“This is the core part of my research at HYI. I am focusing on exploring the key figures on both sides of Jewish-Chinese connections.” Along with giving a public talk about the works of the late Irene Eber, (the abstract and paper of which can be found here), Professor Song plans to study the lives and writings of two Jewish Sinologists: Benjamin Schwartz, whose archive is housed at Harvard, and Donald Leslie.* “His work on Jews in traditional China remains unsurpassed.” Prof. Song describes his research work as follows, “My basic approach is intellectual biography. It’s a bit old-fashioned, but as a scholar of humanities, ultimately I am interested more in humans than in structures, climates, statistics, and pure materiality.”

Along with his research as a Harvard-Yenching Institute scholar, Professor Song is involved in a number of projects. One of which is working with two students studying Classical Chinese philosophical tradition and German literature, respectively, to study Martin Buber, a famous storyteller of Hasidism. They are working to translate all of his works on Daoism and Zen Buddhism into Chinese, and are looking into how his understanding of Chinese traditional philosophy may have had an effect on his approach to Judaism. Another of Prof. Song’s projects is teaming up with a PhD student to translate the fictional biography of Baal Shem Tov, the founder of the Hasidic movement, by Isaac Bashevis Singer into Chinese. Prof. Song’s description of this projects reflects the historical inspirations in his own life – the power of storytelling: “I believe, in our secular age in which the religious has become spiritual ethos, story-telling is perhaps the best approach to religion.”

Although his research interests have transformed over time, and cover a vast array of topics and projects, Professor Song Lihong has a clear summary of his goals: “I believe my mission is to help the Chinese better understand Jews and Judaism.” To find out more about Professor Song’s previous and upcoming works, please visit https://www.harvard-yenching.org/person/song-lihong/ and https://philo.nju.edu.cn/f3/b1/c4712a127921/page.htm

“Donald Daniel Leslie, a self-styled “Jewish Confucian”, wrote deliciously important works on Jews and Muslims in China, and Chinese knowledge of the Roman Empire. Some of his books remain unsurpassed, including a comprehensive bibliography on Jews in traditional China, which was reviewed in a very prestigious journal in the UK but was somehow given a wrong title— “Not a Bowl of Chicken Soup”! It is, however, the right phrasing for the reviewer’s viewpoint of the book. Back in 2012, I happened to know Leslie self-published his memoir entitled Not a Bowl of Chicken Soup (2003). It must have had something to do with the book review. A month later I managed to read the memoir, and my hunch was validated. He returned the invented title to himself. Great scholarship. Great humour. Great man.”