A political sociologist exploring contentious and environmental politics in China 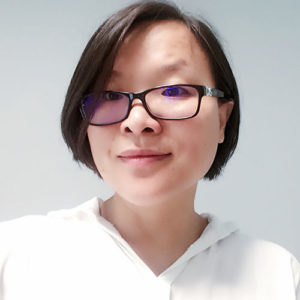 As a PhD student looking at contentious politics in China, Professor Yanhua Deng came across an interesting case in Zhejiang. “It is not easy to be successful in a protest case in China, but I came across a very successful case. I was very curious about why. The protest was quite big and involved more than 20,000 people – the whole town took part to some extent.” Her dissertation, later turned into the 2016 book 中国农村的环保抗争：以华镇事件为案例 (Environmental Protest in Rural China: the Case of Huazhen), explored how the villagers succeeded in a dispute with local government, getting them to close a chemical park which had been polluting the area. She found a key part was to look at the associations for senior villagers, which played a large role in the mobilization of the protests: “In rural Zhejiang and other provinces, these associations for senior villagers exist in most villages. They are the most well-developed organization in rural China other than government-organized associations. Almost every village had such an organization and the senior associations in different villages linked up to mobilize. That’s why the protest could mobilize so many people.”

Although many studies on contentious politics look at the activities of the protesters (who are often eager to talk with researchers), there are fewer studies on the local state’s response to protests. In Prof. Deng’s case, as she notes, “I was very lucky to collect a lot of data on the government side. That enabled me to explore how the local government responded to the protest at the time.” From this data, Prof. Deng found that rather than repression by force, local governments were using what she terms ‘relational repression’: “The most important mode of state response to protest in China is not repression by force but what I call relational repression, which is softer than repression by force. In China, people pay great attention to social relations. The local governments use social relationships to demobilize protests, putting pressure on people related to the protesters.” 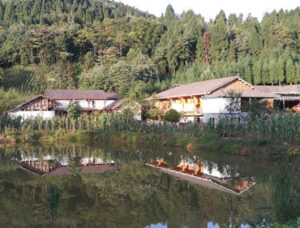 Her current project is on “Urban NGOs in Rural China: Borrowed Power, Value Clashes and Community Trust”. The project began in 2013 when she was teaching at Southwestern University of Finance and Economics, located in Chengdu, Sichuan. When preparing for a course she happened to find some materials on the case of an NGO working on a wide-ranging project rebuilding a local community in Sichuan after the 2008 earthquake: “I found the case was really interesting because it was quite different from what had been reported in the newspaper. According to media reports, this case was very successful. But when we went there, the villagers had many grievances toward the NGO and the village cadres hoped to drive the NGO out.” 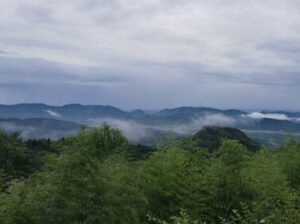 The NGO’s program, backed by higher level government, did have initial success and was quite popular to start: “People had great hope that they could get rich due to the NGO’s efforts and their program.” However, Prof. Deng found, some of the NGO’s projects were not very practical for the village. Their plan to build farm houses involved using materials that were environmentally-friendly but would have to be replaced in a few years. The NGO also wanted to plant organic vegetables, but villagers were unable to find local buyers (as the organic vegetables were a higher price) and it did not make economic sense to transport a small amount of produce to larger cities further away. Ultimately, when the villagers’ hopes did not become a reality, there was some backlash: “In particular, village cadres had many grievances, because they felt they were excluded by the NGO. They adopted a lot of strategies to try and drive the organization out of the village and take back the power that used to belong to them.”