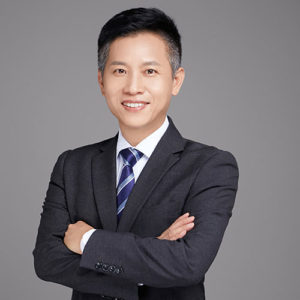 Zhang Xianqing hails from Fujian province in southeastern China, and his research interests focus on the history and cultures of the region. Early on in his studies, he became interested in the history of Christianity in China. “I was an undergraduate at Fujian Normal University, which was originally a Christian university during the Republic of China. I became interested in the Christian traditions of these universities.” When it came time to continue for his Ph.D. he remained in Fujian, studying at Xiamen University. He wrote his dissertation on “Officials, Lineages and Catholicism: A History of the Rural Church of Fu’an from the 17th to 19th centuries” (官府、宗族与天主教: 17-19世纪福安乡村教会的历史叙事).

More recently, Prof. Zhang’s research focus has moved from inland to the shore. “I was doing fieldwork in eastern Fujian province, at a site located near the coast. I was moved by the lives of the fishing communities and found they shared a culture system totally different from those in rural China. They spend most of their time on boats. Their lives totally depend on the water, unlike farmers who depend on the land. I was so interested in this culture system and wanted to know more about the community and their lives.”

Prof. Zhang notes that anthropology research has long been based on a “land tradition,” looking at the role of land in the transformation of Chinese society. Land “becomes a cultural bond that affects our research horizons and influences everything from the time system, political order, institutional customs, and urban and rural landscapes.” Less examined is the effect of those who live in a water environment on the construction of China’s cultural behavior and social systems. “In the field of anthropology, the marine community in China is a relatively new field, because people are not familiar with the lives of those in coastal areas. In the past, much attention has been paid to agricultural society. If we could develop a systematic research plan about these marine communities’ society and culture, we can balance the situation.” 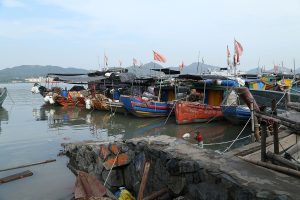 His current research project, “Beyond ‘Landism’: Islands, Coastal Areas and the Formation of China’s Marine Social Structure,” looks at the Tanka (疍家) ethnic group. “The Tanka have lived in boat communities for centuries, until the 1940s when government policy asked them to relocate to land.   The Tanka (also referred to as ‘sea gypsies’ by the Chinese) have for centuries lived on the water in southeastern China. They were often discriminated against and seen as ‘outsiders’ or alternative ‘others’ in the community.”

The structure of Tanka maritime society differs from that of rural societies in China in many ways. They did not form a lineage culture like land-based communities in Fujian. “Because they live on boats, they cannot form a huge village. Their households are very different – relatives living on 3 or 4 boats can create a small society. Their religious system is also different – the gods they worship are different from those worshiped on land. They have created a special religious world.” 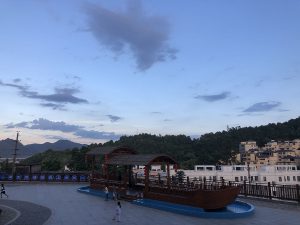 Prof. Zhang is interested in how the Tanka have tried to adapt after moving ashore. “After the 1950s, government policy helped the Tanka to move ashore. They had to build more stable communities. How did this policy affect their lives?” Zhang has found that initially the Tanka had trouble adapting to rural systems. “There are many interesting stories. We find situations where although the government helped them to build new homes, some of them escaped back to the sea many times – they didn’t feel safe living on shore. They told me only one thing makes them feel safe: the boat. But after half a century, the second or third generations may have adapted to the rural system. Now, fewer of the younger generation prefer to continue marine life on the boat. They see it as dangerous and want to create a new lifestyle. I want to find these stories, to see how they adapted to changes and what the interaction is between land and water.”

Like many communities living on the water, Tanka livelihood has long depended on fishing. “They face serious environmental problems,” Zhang notes. “They complain they cannot catch fish like the former generations due to the pollution of rivers and coastal areas.” At the same time, the rise of industrial fishing has made it challenging for the Tanka to compete. “In the past, they were very poor, so could not get a huge ship and go far away to catch fish. To buy a huge ship, you need a loan from the bank. They did not have experience with this. They only knew a cash exchange system – they caught fish and peasants bought from them directly. For the younger generation, they’ve tried to learn about the bank system, and can create a company to buy a new, huge ship to go far out in the ocean and catch fish.”

Although Tanka society has faced many challenges, Zhang emphasizes that there is much to learn from their local knowledge and experience living on the sea, including how to deal with natural disasters. “People living on shore are very scared of typhoons. For people living on boats, a typhoon is not necessarily a bad thing. On the one hand, they have developed a good system to face the challenges from bad weather. On the other hand, according to their culture, when the typhoon comes, they believe it can help clean the water, as if it was sent divinely to help clean the sea, bringing the pollution out and making the sea clean again.” Zhang also finds that we can learn from their philosophy about environmental protection, especially with regard to overfishing. “They tell me, ‘why do some fish disappear?’ Because people do not pay respect to the sea and do not obey the natural rules of the sea. For example, with industrial fishing, the top priority is to catch as much as possible. But the Tanka boatmen may say that this is not acceptable. They respect the natural system of the sea and believe you cannot catch all those fish at one time. They have taboos against taking some kinds of fish because they are endangered or rare. I think we can learn a lot from their local knowledge and use it to help us develop a better environmental protection system.”

In addition to collecting materials from archives and libraries, Zhang has spent the past several years visiting one boating community, living each year a few months there. In addition to his research, he is working with the community on creating a museum about their culture. He also wants to create a foundation to help them preserve their culture. “They have a special boat-making skill – they are naturals and have learned over generations. But now, there is a new modern system to build boats which the older generation is not so familiar with. And the younger generation is not learning these traditional skills. We want to launch a project to preserve these traditions. When I was doing fieldwork there, I ask them to share their knowledge about how to build a boat. We want to preserve this cultural heritage.”